A simulation of the final descent of this craft was made for White Label Space (WLS) as a base line reference for their lander design. WLS is a team participating in the Google Lunar XPRIZE. In 2013 the team switched name to Hakuto which was awarded a mile stone price of $500.000 in January of 2015 [3]. 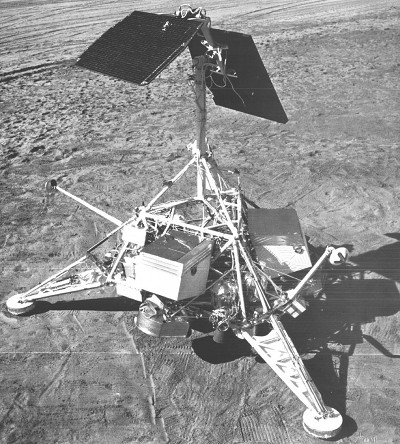 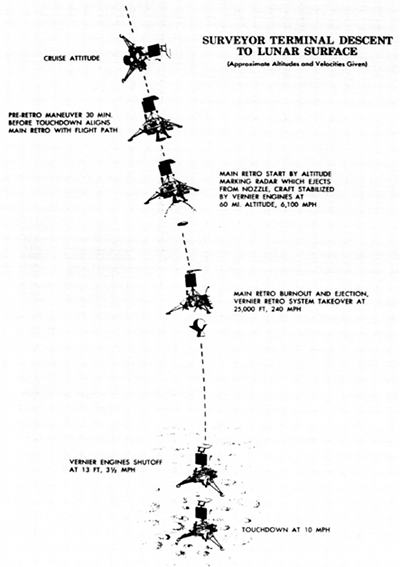 Based upon documents released in recent years Straight Up Algorithms has build a simulation of the final descent path. In the image to the left you see a schematic overview of the final descent [4]. You can click on it for an enlargement. The images depicts the final 30 minutes of the flight starting with the reorientation of the spacecraft such that the breaking rocket, a retro rocket, along the velocity vector.

At an altitude of approximately 60 miles altitude the retro rocket will be ignited. The retro rocket slows the spacecraft down from 6100 Mph to 240 Mph. At this point the empty rocket motor is ejected from the lander. The remainder of the landing the spacecraft is controlled by vernier thrusters which also have been uses to stabilized the lander during the retro breaking phase.

At forehand NASA constructed a nominal descent trajectory. The attitude control system used this as a reference to control the vernier thrusters. The nominal descent trajectory is plotted together with the predicted and actual from the lunar descent in the image below [4]. On the horizontal axis the speed of the lander is plotted, on the vertical the slant range. Survey I was equipped with a radio range finder which measured the distance towards the lunar surface along the vertical body axis of the spacecraft.

It is this data that was used to validate the our simulation.

Below you see the same two graphs generated by the simulator. The simulated trajectory can be compared to the actual path flown by Surveyor I. As you can see it is an accurate match.

Depicted in the image below on the right you see the first Surveyor trajectory data point. It is around this point that the retro rocket is ignited. While the rocket burns the craft falls towards the lunar surface but the speed is decreased. The retro rocket burns out at an altitude of approximately 7 miles above the lunar surface. The green dotted box indicates the bound in which the rocket should burn out.

Continuing with the image blow on the left you see the final 6 miles of the descent. The straight descent on the left depicts the period in which the retro rocket is jettison. The control system was designed to activate after the spacecraft had intersected the Velocity-Slant range Curve after which this curve becomes the set point for the velocity and acceleration controllers. 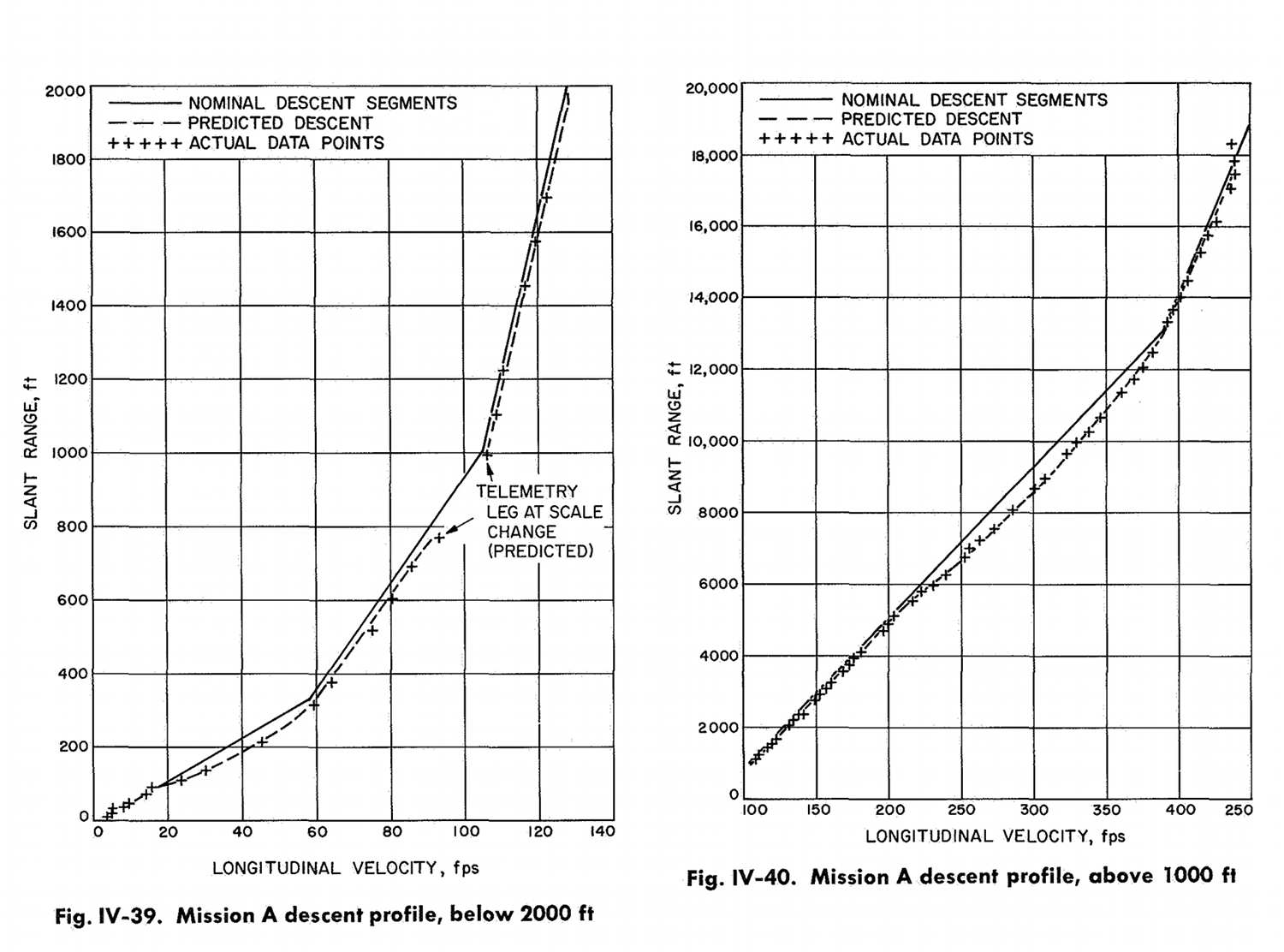 If you have any questions feel free to get in touch.